List Of All The Athletes From Punjab, Participating In The Tokyo Olympics

Indian Men’s Hockey Team had 8 players from Punjab in total, representing the country. The team became a part of Indian Hockey’s history forever by ending an Olympic medal wait for India in Hockey after 41 years. The team won a Bronze medal at the tournament, after 41 years.

Indian Women’s Hockey Team delivered India’s best ever performance at the Olympics this year. The team entered the Semi-finals of the Olympics for the first time in history. It had one player from Punjab as a member of the squad.

Harmanpreet Singh is a 25-year old field Hockey player from Amritsar, Punjab. He plays as a defender for the Indian Men’s Hockey Team and this was his second Olympic appearance, first one being Rio De Janeiro Olympics 2016.

Hardik Singh, born on 23 September 1998 at the village Khusropur, Jalandhar, Punjab, is one of the strongest midfielders in the Indian team. The Tokyo Olympics was his debut at the Olympic games. He was the vice-captain of the Indian Junior team and later became a part of the senior National team to play the Asian Men’s Hockey Championship Trophy in 2018. The same year he played the Hockey World Cup too.

Dilpreet Singh plays as a forward for the team. The 21-year-old made his Olympic debut at Tokyo. He made his senior debut with the National team at the 2018 Champions trophy, winning Silver medal. He was also a key feature in India’s Bronze medal win at the 2018 Asian Games.

Rupinder Pal Singh is one of the biggest names in World Hockey. He is often regarded as one of the best drag flickers in the world. Born in Faridkot, Punjab, the 30-year-old has represented India in the 2014 Commonwealth Games at Glasgow, 2014 Asian Games at Incheon, 2016 Olympic Games held at Rio de Janeiro, and at the 2018 Commonwealth Games. The Tokyo Olympics was his second Olympic appearance after the 2016 Rio Olympics.

The 29-year old player who plays as a halfback for the Indian team belongs to the Jalandhar district of Punjab. Manpreet Singh captained the Indian team at the Tokyo Olympics will forever be remembered in the history of the sport as he led India to its first ever Olympic medal after 41 long years. He represented India in 2012 London Olympics and 2016 Rio Olympics too.

Shamsher Singh, from a village named Attari in the Amritsar district, plays as forward for the team India. The Tokyo Olympics was not only the Olympic debut of the 24-year old, but also his first ever major tournament in the sport.

Born in Amritsar, Punjab, Gurjant Singh plays as a forward for the Indian team. He was also part of the Indian squad that won the 2016 Junior Hockey World Cup in Lucknow. The Tokyo Olympics was the debut of the player at the Olympics.

Aged-26, Mandeep Singh from Jalandhar, Punjab plays as a forward for the Indian team. Mandeep has made over 160 appearances for his country in Hockey. He made his international debut at the 2013 Hockey World League and this year’s Olympics was his debut Olympic tournament.

Gurjit Kaur is the only Punjabi representing the country at the Tokyo Olympics in the Indian Women’s Hockey Team. She is a crucial drag flicker of the team. She plays as a defender for the team. Her notable performances include the one at the 2018 Hockey World Cup wherein she scored 8, the highest, goals in the tournament and the team came out victorious. She will be making her debut at the Tokyo Olympics.

Anjum Moudgill represents Punjab though she is originally from Chandigarh. The 27-year old represented India in 50m Rifle 3 Positions and 10m Rifle mixed team at the Tokyo Olympics. Anjum has a long tally of medals to her name. She won 2 silver medals at the 2019 World Championships, one in 10m Air Rifle and one in 10m Air Rifle Team. She has achieved a career best ranking of No. 2 in the world and was a favourite for the Tokyo Olympics to win a medal.

Angad also belongs to Chandigarh and represents India in Skeet. The 25-year old holds the Skeet final round world record of scoring 60 out of 60. The list of medals to Angad’s name would go on forever. He won the Gold Medal in skeet at the Asian Championships which booked his berth at the Tokyo Olympics.

Belonging to the Kabarwala village of Sri Muktsar Sahib district in Punjab, Kamalpreet represented India in the Discus Throw event and delivered India’s one of the best performances in the discus throw discipline. She finished 6th at the Tokyo Olympics 2020. She is also the National Record Holder in the sport with a throw of 66.59m to her name which she created at the Indian Grand Prix-4.

A debutant at the Tokyo Olympics, 26-year old Tajinder Pal Toor belongs to the Moga district of Punjab. He represents India in the Shot Put event and also holds the national record of 21.49m. He is also a recipient of the Arjuna Award in Athletics.

It does not matter if the players who represented India at the Tokyo Olympics 2020 from any part of the country, won a medal or not. They participated and made their country proud. Some even went on to create history and embark their names forever in the history of Indian sports. 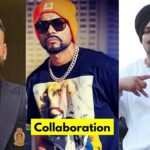 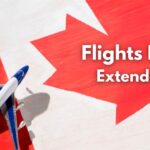