Priyanka Chopra and her husband Nick Jonas who got married in 2018, recently announced the exciting news in an Instagram post on Friday. The couple has welcomed their first child together via surrogacy. Though they haven’t revealed the gender and the name of their child, if reports of TMZ are to be believed, they have welcomed a baby girl who was born Saturday in a Southern California Hospital. It’s currently unclear what they’ve decided to name their daughter.

Sharing the special post on social media and tagging Nick, she wrote, “We are overjoyed to confirm that we have welcomed a baby via surrogate,” their joint statement read. “We respectfully ask for privacy during this special time as we focus on our family. Thank you so much.”

Also, the couple’s exciting announcement came just a week after Priyanka, indicating her and Nick’s desire for children in one of her interviews. She also added, “They’re a big part of our desire for the future. By God’s grace, when it happens, it happens.”

After this tremendous news came out, fans, friends and family were quick to send in their well wishes. Team Kiddaan also congratulates the new parents for entering a new chapter in their life. We wish them a lifetime of happiness! 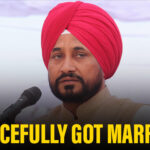 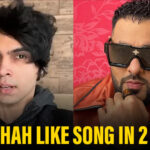