In the fest of new movies, another one has been added to the list. One of the biggest film stars in the Punjabi industry, Sargun Mehta has announced her upcoming project. She’s started shooting for an upcoming Bollywood film ‘Production No 41’.

The movie will also star Bollywood superstar Akshay Kumar in the lead role. The shooting for the film has begun and a post was shared by the official Instagram account of ‘Pooja Enterprises’ on the occasion of shoot start with the whole team of the film.

Puja Bhagnani will produce the movie under the banner of Pooja Entertainment, one of the biggest production houses in the Bollywood Industry that has produced many super hit films in the past.

It will be directed by reputed Bollywood director Ranjit M Tewari, who also directed Akshay Kumar’s most recent movie ‘Bell Bottom’, which was also released under the ‘Pooja Entertainment’ banner.

The screenplay has been written by Screenwriter Aseem Arora. He also wrote Akshay’s ‘Bell Bottom’. The team of ‘Production No 41’ is almost similar to that of Bell Bottom. Sargun Mehta is the big addition to the star cast. The production team also comprises Vashu Bhagnani, Jackky Bhagnani and Deepshikha Deshmukh.

Punjabi actors have finally started making it big to the Bollywood industry. Ammy Virk recently played an important role in Ajay Devgn starrer ‘Bhuj : The Pride Of India’. And now Sargun Mehta is all set to make the presence of Punjabis in the Bollywood Industry. 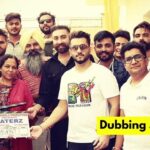 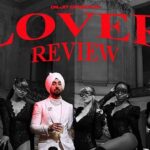