Top Punjabi Actor, Kartar Cheema, is ready with his upcoming Punjabi film. After winning the hearts of the audience with ‘Thana Sadar’, Punjabi movie titled ‘Professor’ has been announced. It is set to star Kartar Cheema in the lead and he’ll play the role of ‘Professor’. The announcement has been made through a social media post by the artist himself.

It is going to be presented under the collaborative banner of Sunrise Productions & Black Chillies Production, both of which are completely new production houses in the industry. Beginning their journey with ‘Professor’, they have 4 more movies planned for the year to come! As the poster of the movie suggests, it is going to be an action thriller, with a bit of a twist. Kartar Cheema is seen holding a gun in his hands sitting on a teacher’s desk. The title of the movie has been smartly played with in the poster.

ALSO READ | Ever Thought If Sidhu, Aujla, Nimmo & So Many Other Artists Came Live On IG Together? Here Is It!

The film has been produced by Dilkaran Sran, Jassi Dhaliwal, Aditya Aggarwal and Poonam Pawar. Dilkaran Sran is a notable producer of the Punjabi industry. The young mind has also been a part of various superhit Punjabi films before, but it is the first instance that he’s coming on the frontline. Kartar Cheema is himself serving as a co-producer of the film.

Inderjit Moga, who is a renowned writer of the industry, has written the story of the film. Gurav Sran is serving as the director of the upcoming film. As for the release date of the movie, it has been revealed that the film will be released in 2022. An exact release date is still yet to be announced by the team.

With ‘Professor’, the Punjabi industry is all set to go head on head with the Bollywood Industry. The movie promises one of the biggest action setups in the Punjabi Industry, ever! The makers also revealed that the film has been made in a totally different way, and will also be released in a distinctive way. It is a totally fresh and unique concept to the Punjabi Industry. More can only be known when the trailer or the film is finally in front of us. Professor has huge expectations from the audience and we hope it is not going to disappoint them. 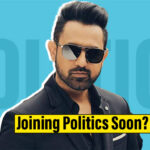 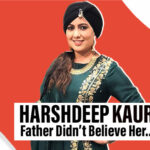