There is no doubt in the fact that PUBG Mobile is one of the most popular and played games in India. Indian youth was especially involved in the game before it was banned in India by the Indian government.

While all the PUBG fans were upset due to the Ban imposed on their most favourite game.

But it looks like all the prayers of the fans have been answered as PUBG mobile is going to be launched once again in India.

But this time, it will be renamed as ‘Battlegrounds Mobile India’.

The official website of PUBG Mobile shared the exclusive poster of the ‘Battlegrounds Mobile India’ with a tag Coming Soon.

The official launch date of the game is not out yet, but it is for sure that it’s going to make a superhit comeback.

Fans are expecting PUBG will be modified according to Indian Market.

Last year in November, PUBG mobile had revealed an official statement which said PUBG Mobile will be modified for India.

“To build and foster a healthy gameplay environment, in-game content will be improved and tailored to reflect local needs.”

The tweet has gained more than 1 thousand likes in less than an hour and has been retweeted more than 290 times.

While this news might be of no benefit to others, this definitely has made the day brightest for all the PUBG fans. 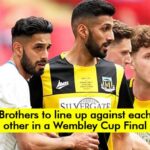 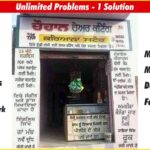