As per the latest development, the Punjab police have seized 38 kg of heroin, hidden in the toolbox, from a truck coming from Gujarat. The recovery was made during the checking at Mahalon bypass in Shahid Bhagat Singh Nagar. However, the truck driver and his accomplice tried to run away but the police nabbed them.

Reportedly, the two have been identified as Kulwinder Ram and Bittu. Additionally, the police had the information about Kulwinder Ram, Som Nath and Rakesh Kumar being involved in the smuggling of heroin. The drugs had been brought from Bhuj, Gujarat, as claimed by one of the accused. However, Rajesh Kumar and Som Nath, are yet to be nabbed.

Furthermore, the Punjab police are now searching for both Rajesh Kumar and Som Nath. Rajesh Kumar, reportedly, has been facing 19 criminal charges against him, including murder as well as drugs smuggling.

Ludhiana Range IG Surinder Pal Singh Parmar and Nawanshahr SSP Bhagirath Meena, in a press conference on Sunday, stated that DSP Mukesh Kumar’s CIA team has achieved this success by seizing 38kg of heroin after working on a tip off.

The rising cases of drugs smuggling, are a matter of concern for Punjab and Gujarat as well. Recently, a lot of people in Gujarat died due to poisonous liquor, after which, the blame game between the BJP and the opposition parties started. While the AAP blamed the BJP’s state government’s mismanagement for the tragedy, the BJP advised the Aam Aadmi Party to focus on Punjab.

Meanwhile, the truck from which the heroin had been seized was coming from Bhuj, Gujarat. This may take a political turn, resulting in a war of words between the AAP and the Bharatiya Janata Party, moreover, in the electoral battle of Gujarat and Himachal Pradesh. 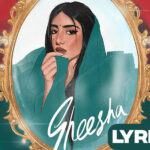 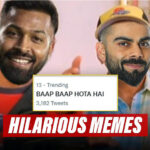