The Border Security Force (BSF) successfully foiled a cross-border smuggling attempt by smugglers operating out of Pakistan and discovered 370 kg of heroin worth ₹38 crores, along with 190 gms of high-quality opium in the Muhar Jamsher village, district Fazilka. Furthermore, the BSF opened fire on smugglers who disappeared, taking the advantage of darkness.

Even on Tuesday, the BSF officials in Punjab’s Jhangad Bhaini village of Fazilka, discovered smugglers operating out of Pakistan transporting heroin worth Rs 22.65 crores. As per the officials, following a particular tip, the 66 Battalion BSF troops carried out a thorough search of the Fazilka village and found 3.775 kg of heroin worth Rs 22.65 crores.

Earlier, on August 25, the BSF had thwarted an attempt of smuggling via the International Border in the Samba area at Jammu, and collected roughly 8 kg of drugs. Likewise, on August 23, the BSF discovered a stash of assault rifles near the India-Pakistan border in Punjab. Moreover, these cases are a matter of concern in the border state of Punjab.

Similarly, as stated by a BSF official, five packets containing 4.7 kg of drugs were recovered in July 2022 at Sri Ganganagar region of Rajasthan, close to Punjab as well as the India-Pakistan border. The location in Karanpur where the parcels were discovered is about 200 metres from the border. (Source – PTI)

Drug smuggling has always been a burning issue in Punjab. Be it the erstwhile Congress govt or the Akali-BJP regime, all claimed to eradicate the drugs from Punjab, however, the drug menace continuously rose. Now, in the Aam Aadmi Party regime, despite the claims of nabbing various drug peddlers, these recoveries are a matter of concern for the people as well as the Punjab government. 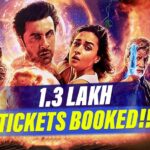 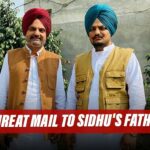