The ongoing assembly session of Punjab has turned into a war of words between the ruling party and the opposition. Yesterday, leader of opposition and senior Congress leader Partap Singh Bajwa lashed out at the AAP government over the deteriorating law and order situation in Punjab.

“The law and order situation of Punjab is a matter of concern today. It’s similar to that of during the late 80s and 90s. Punjab police must act against the gangsters but the entire government is focusing more on a BJP leader who said something against the AAP supremo Arvind Kejriwal on social media. Instead of working on how to get the deteriorating law and order situation back on track, the Punjab Police only focused on Tejinder Pal Singh Bagga,” said Partap Singh Bajwa.

The opposition lashed out at chief minister Bhagwant Mann’s “fake ranking” remark. Leader of Opposition Partap Singh Bajwa even spoke about the 2015 Bargari sacrilege incident and accused the Aam Aadmi Party government of shielding the then DGP. “Three chief ministers suffered political martyrdom due to sacrilege and police firing. As a good opponent, I am giving you a warning. A good opponent can save you,” said Partap Singh Bajwa.

Bajwa even added that when CM Bhagwant Mann himself doesn’t feel safe, how can Punjabis feel secure? The Congress leaders including leader of opposition Partap Singh Bajwa, PPCC chief and Gidderbaha MLA Amarinder Singh Raja Warring and other MLAs raised the issue of the deteriorating law and order situation in Punjab, questioning the govt on the incidence of attack on the police headquarters in Mohali on May 9. 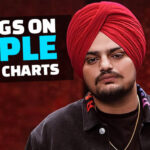