After being stopped from heading to the state capital to press the AAP government with various demands, including wheat bonus and beginning paddy sowing from June 10, the farmers of Punjab sat protesting near the Chandigarh-Mohali border on Tuesday. Apart from several demands, they are also against the Punjab government’s decision to allow paddy sowing in a staggered manner from June 18 to lessen the electricity burden and conserve underground water.

Heavy police force deployment was seen at the Chandigarh-Mohali border due to this entire tussle. The Mohali police put up barricades and tippers, and even used water cannons to prevent protesting farmers from entering Chandigarh. The Chandigarh police too made similar security arrangements.

On the lines of the year-long agitation at the Delhi borders against the three farm laws which were repealed due to the protests, the famer unions have given a call for an indefinite protest in Chandigarh. They have been demanding a Rs 500 bonus on each quintal of wheat as their yield has dropped and shrivelled because of unprecedented heatwave conditions.

“We do not want any confrontation with the state government, but will have to break the barriers and move towards Chandigarh if our issues are not resolved,” said a farmer leader.

In an ultimatum to the Punjab government, farmer leader Jagjit Singh Dallewal said if Chief Minister Bhagwant Mann does not hold a meeting with the protesters by tomorrow to redress their grievances, they will move towards Chandigarh breaking barricades.

The protesters want the government to allow them to sow paddy from June 10, and also a notification issued for the minimum support price for maize and moong. They are also demanding the government lower the charges on the extension of electricity load from Rs 4,800 to Rs 1,200, 10-12 hours of power supply and release of outstanding sugarcane payment, and are also against the installation of smart electricity meters.

Meanwhile, Punjab CM Bhagwant Mann has called the protest “unwarranted and undesirable”, but said that he is open to talks, and urged the farmers to “support him for one year”.

“They have a democratic right to hold a dharna but they should tell their issues,” said the Punjab chief minister Bhagwant Mann while talking to reporters after returning from Delhi. “They can come any time. I have been calling them earlier as well,”  said the CM, adding that the staggered programme of paddy sowing will not harm the interests of farmers but it can act as a catalyst to save underground water. 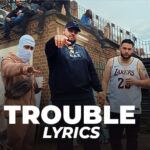 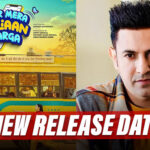