As per the media reports, along with PPCC chief Amarinder Singh Raja Warring, other senior Congress leader of Punjab, reached Chandigarh airport to receive Rahul Gandhi. He will be visiting Moose Wala’s residence in village Moosa today to condole the demise of the eminent Punjabi singer.

Though, before Rahul Gandhi’s visit, senior Congress leader and former minister Sadhu Singh Dharamsot’s arrest by the Vigilance Bureau in a corruption case, is seen as another big jolt to the party.

Earlier, senior Congress leader and former deputy CM of Rajasthan – Sachin Pilot also visited Moose Wala’s residence and met his family members, after which, Pilot took a dig at the state’s AAP govt over the deteriorating law and order situation, and demanded the state and central govt to probe and take strict action against the culprits. As quoted in a tweet by news agency ANI, Sachin Pilot had said,

“It’s tragic how our leader was killed. An atmosphere of threat is being propagated in the state repetitively…Centre & State govt should probe it (death) & take strict action: Congress leader Sachin Pilot after meeting late Punjabi singer Sidhu Moose Wala’s family in Mansa”

“Such an incident happened to instil fear in people. Drug mafias, terrorists, gangsters are getting a foothold (in Punjab)…Centre and State should probe it (Sidhu Moose Wala’s death) & act against the culprits: Congress leader Sachin Pilot in Mansa, Punjab”

Now today, former Congress chief Rahul Gandhi will visit the residence of late singer Sidhu Moose Wala at Moosa village and meet his family members to condole his demise. Apart from being a singer, Moose Wala was also a Congress leader. He contested the recent assembly election from Mansa assembly constituency as a Congress candidate but lost to the AAP’s Vijay Singla (the former minister dismissed over corruption charges) with over 31,000 votes.

The brutal killing of Sidhu Moose Wala has brought a wave a shock and sorrow for his fans from all across the globe. Though the investigation is under process and 3 suspects have been arrested by Punjab Police till now, the opposition parties have been continuously demanding the state government to hand over the case to the central agencies. 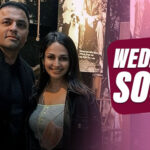