‘Punjab Khed Mela,’ a two-month long sporting extravaganza is all set to be organised by the state government, starting from August 29, the birth anniversary of Major Dhyan Chand, also marked as National Sports Day across the nation. CM Bhagwant Mann reviewed the arrangements for the sports event.

In a tweet (originally in Punjabi), CM Bhagwant Mann added:

As stated by chief minister Mann, more than four lakh people, including the athletes and other people, will take part in the 28 sporting activities that will be held in various categories during this first-of-its-kind event. The para athletes and people aged 40 and over will each have their own categories.

Identifying the new talents, fostering a welcoming environment for sports, and increasing the public awareness for health, are the major objectives of this event. In addition to the previously held under-14, under-17, and 17 to 25 age divisions, there will be tournaments in the age brackets of 25 to 40, 40 to 50, and 50 to 60.

During the meeting with officials, CM Mann stated, “Major Dhyan Chand, the ‘jadugar’ of Hockey, has always been an inspiration for millions of sportspersons. The ‘Punjab Khed Mela’ will reignite a passion for sports among the upcoming players and the common people as well.”

“I appeal to the people to actively participate in the event, it would definitely help in identifying the new talents,” he further added. According to CM Mann, ‘Punjab Khed Mela’ will take place at all levels, from the block to the state, and that winners would get certificates and cash awards totaling ₹5 crore. 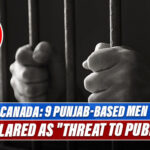 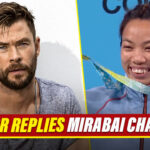