Reportedly, Governor Banwarilal Purohit, in a letter to Punjab Chief Minister Bhagwant Mann, stated, “This Act of the Government of Punjab is illegal and cannot be accepted by any logic” and that “the appointment has been made in violation of the University Grants Commission (UGC) norms and without the knowledge of the Chancellor.” With this, the matter has turned more complicated now.

Dr. Satbir Singh Gosal, a biotechnologist by training, was named vice chancellor of PAU, Ludhiana, in August this year. Moreover, after consulting with the PAU board of management, Bhagwant Mann had given his approval for the appointment. However, since his appointment as the PAU VC, the tussle between governor Banwarilal Purohit and CM Mann has been rising daily. The PAU didn’t have a regular VC for a year, before Mr. Gosal’s appointment.

As per the information, Dr. Gosal, for his postdoctoral work at the University of Nottingham and John Innes Centre Norwich in England, has been awarded distinguished Fellowships by The Royal Society London and The Rockefeller Foundation (USA). Though now his appointment as VC of PAU is under controversy.

Meanwhile, the Vice-Chancellor’s duties may be transferred to the Administrative Secretary of the Agriculture Department until a new VC is appointed in the Punjab Agricultural University (PAU). “Additionally, you are requested to direct the relevant department to start the process of appointing a new vice chancellor in consultation with the chancellor,” reads the letter by governor Banwarilal Purohit. 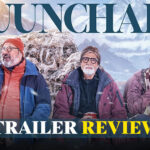 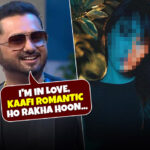