The rising number of road accidents in Punjab is a matter of concern for the government as well as the people of the state. In order to effectively monitor all the passenger service vehicles in the state, the Aam Aadmi Party government of Punjab has decided to introduce the location tracking system in all the passenger service vehicles such as taxis, mini buses and buses from 1st of August.

This announcement was made by Laljit Singh Bhullar, transport minister of Punjab, on Tuesday, during a meeting to review the regional transport authorities.

Transport minister Bhullar even added that all heavy vehicles, including tipper trucks, must be fitted with a rod (iron angle) at their rear, after expressing his concern over the number of deaths due to road accidents.

“The motor vehicle inspectors are not allowed to pass a vehicle until the rod is installed,” he further added. He even stated that the regional transport authority secretary has to regularly inspect the interstate barriers.

Amidst the increasing number of road accidents everyday, this decision is seen as a major precautionary step taken by the Aam Aadmi Party government of Punjab in order to track and monitor the public vehicles for safety purposes and to avoid the road accidents. 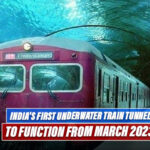 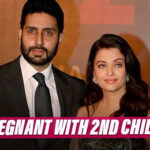