After the AAP govt of Punjab approved its first excise policy on Wednesday, the price of liquor all across the state as well as in UT Chandigarh and Haryana, is set to go down by 30 to 40%. As per this new policy of the Bhagwant Mann govt, the state govt has set a target of Rs. 9,647.85 from the revenue collection through liquor. The new policy will be applicable from 1st of July for a period of 9 months.

The Mann govt has focused to keep a close eye on the smugglers from the neighbouring states with high security measures and some technical reforms. The new policy aims at breaking the nexus of the liquor mafia in Punjab. According to an AAP spokesperson, after this policy comes into effect, there will be no common stakeholder between a wholesaler, retailer and manufacturer.

As tweeted by the official handle of the Government of Punjab:

approves new excise policy for the state. New excise policy is expected to generate revenue worth ₹9647.85 crore which is 40% more than last fiscal. Two additional battalions of Police allotted to the Excise department for effective checking.”

As per this new policy, no quota by the retail licensees is fixed for lifting beer and IMFL, but the quota for the Punjab Medium Liquor (PML) remains the same as it was last year, as told by an official. Total 177 groups will be allotted through a free, fair and transparent e-tendering. The size of one group would be ₹30 crore and there will be a total of 6,378 vends in Punjab.

As claimed by the Punjab govt, this policy will not only help the govt achieve its target of Rs. 9,647.85 of liquor revenue, but also break the nexus of liquor mafia in Punjab. 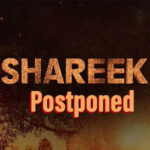 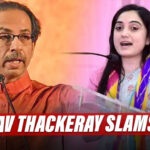