The special assembly session in Punjab is all set to witness discussion and vote on confidence motion today. Moreover, as the ongoing session had been tumultuous, the same is speculated for today’s session where vote and discussion on the confidence motion will take place. Furthermore, CM Bhagwant Mann has already shown full confidence in proving the majority.

Also read: Congress President Polls: Kharge All Set To Win! Let’s Have A Look At His Journey

Furthermore, this is happening as the Aam Aadmi Party, a few days back, accused the Bharatiya Janata Party of trying to topple its government by offering ₹25 crores per MLA, to switch sides. Additionally, the AAP leaders even addressed a press conference, submitted a complaint to Punjab DGP, and stated that they have sufficient evidence against the BJP.

On the other hand, the saffron party denied all the claims, asserting that the Aam Aadmi Party is doing a political stunt in Punjab, to divert the people’s attention from its liquor policy. Moreover, BJP leader Manjinder Singh Sirsa said “Delhi CM Arvind Kejriwal is upset with Bhagwant Mann, and is trying to remove him from the post, that’s the reason behind all this!”

After that, even a war of words was seen between the Punjab government and governor Banwarilal Purohit, after he refused to call a special assembly session on September 22. 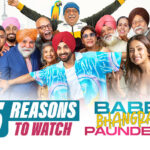 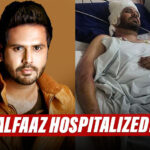