Punjabi Audience has been waiting for the sequel to the Punjabi movie “Daddy Cool Munde Fool”. The film boasts of a huge star cast with Jassie Gill, Ranjit Bawa, Tania, Aarushi Sharma, and Jaswinder Bhalla playing the roles. Kimi Verma has been inactive for a long in the industry and the fans are on their toes waiting for the actor to mark her return to the industry.

Punjabi Actors Who Transformed Their Bodies For Punjabi Movies

“Aj De Ranjhe” , which came out in 2012, was the last time the actress was seen in a mainstream film. It’s been more than 8 years since the actor has worked in a Punjabi movie. The sequel was scheduled to release on 15th may 2020 but due to Covid the release was postponed.

Kimi Verma has been active in the industry since 1994, when she made her debut with “Naseebo”. She then went onto work with numerous artists and featured in various films. Some notable works featuring her include “Ik Kudi Punjab Di”, “Aj De Ranjhe” etc.

“Daddy Cool Munde Fool” received positive views overall with Amrinder Gill and Harish Verma as the lead actors. Now, with a completely new cast and veteran actors in the team, it is to see what director Simerjit Singh has in his closet for the viewers of the movie. 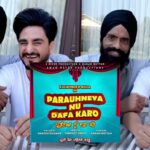 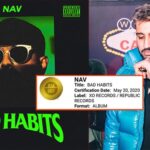