Shot Putter Tajinder Pal Singh Toor has qualified for the Tokyo Olympics going to be held from 23rd July to 8th of August at Tokyo, Japan. The Punjabi athlete achieved the feat by breaking his own national record at the Indian Grand Prix 4 event.

The shot putter has also broken the Asian best figures and has now become the national and Asian record holder in Shot Put. The Olympic qualification mark stood at 21.10 m and Tajinder went on to break it by pulling out a throw of 21.49 m, making it to the Tokyo Olympics. This was his first attempt, and it went on to break the previous national and Asian bests. His follow-up throws were 21.28m, 21.12m, 21.13m, all of which break the qualification point.

The 26-year old Tajinder Toor was himself the holder of the previous national record of 20.92m, set in 2019. The previous Asian record holder was Saudi Arabian athlete Sultan Abdulm Al-Hebshi of 21.13m, set 12 years ago.

Tajinder Toor is a 2018 Asian Games Gold Medalist in the sport of Shot Put and is India’s Ace Shot-Putter. His performance at the Indian Grand Prix 4 has put him on the 15th spot in the Road To Tokyo List.

Tokyo Olympics have been rescheduled to take place on 23rd of July, 2021, which were previously scheduled to take place from July 2020. The Olympics are by far the most supreme sports event globally. The most reputed and important sporting event in the world, the Olympics is a union of over 200 countries, competing to be called the sporting capital of the world. A Punjabi has made it to the supreme competition, and there cannot be anything making Punjabis more proud than this. 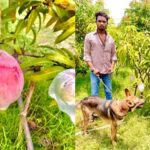