Punjabi actor Dheeraj Kumar is someone who we always look forward to when it comes to impactful performances on screen. He is a brilliant actor and has proved his worth in movies like Warning, Criminal, Ik Sandhu Hunda Si and many more. And now the actor will be seen in an upcoming movie called ‘Full Moon’.

Dheeraj Kumar announced the same with an Instagram post, but it’s not like every other announcement. This time it is extremely special for the Punjabi actor. Actually, Dheeraj has launched his production house called, ‘Impossible Film Studios’. And Full Moon is going to be the first movie to be made under Dheeraj’s production house.

Yes, after rocking in the field of acting, Dheeraj is finally turning into a producer as well. Dheeraj first announced the news of the launch of Impossible Film Studios through an Instagram post. With it, he shared a long heartfelt note thanking fans, and his various industry friends who stood by him.

He especially mentioned Gippy Grewal, Parmish Verma, Gavy Chahal, Jagjeet Sandhu in the caption of his Instagram post. He in fact also thanked the Punjabi Film Industry which supported and stood by him as an actor.

After thanking some prominent actors, singers and other celebrities of Punjabi Film & Music Industry, Dheeraj Kumar then announced ‘Full Moon’ on his social media handles. The film will star Dheeraj Kumar in the leading role, and more actors like Jagjeet Sandhu, Simran Kaur Suri, Jeet Bhangu, and Fida Gill will also be seen in this upcoming project.

Now coming to more credits and details of Full Moon, the film will be directed by Varinder Ramgarhia. For now, the expected release date of this movie is not out yet.

But Dheeraj’s fans and industry friends are continuing to shower their congratulatory messages and well-wishes in the comment box under his Instagram posts. 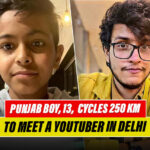 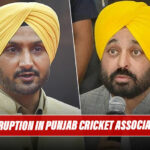