The spectrum of Punjabi movies is now not just limited to one single state Punjab or its people; it is getting broader day by day. Many other states and foreign nations are attracted to its uniqueness and want to learn about the culture and its language. And if you’re looking for a platform where you can watch various entertaining Punjabi movies, the Heeroz OTT App will fulfill this desire of yours. It is an OTT platform that serves Punjabi content.

Laung Laachi is a rom-com movie released in 2018. Starring Neeru Bajwa, Amberdeep Singh and Ammy Virk. The story revolves around the emotions of a married couple with the spice of a love triangle. Apart from the movie’s plot, its soundtrack contributed equally to make it a super hit movie.

Laavaan Phere is a comedy movie in which Roshan Prince (honey) falls in love with a woman (Neetu) over Facebook. The movie shows the level of struggle he goes through to marry the love of his life and what makes the movie humorous is how his 3 brothers-in-law and Neetu’s short-tempered father creates problems in their union.

Yaar Anmulle is the must-watch movie of Pollywood, one can bet on its jest and comedy timing. The movie illustrates the story of three college friends Yuvraj Hans, Harish Verma, Arya Babbar as Deep Sondhi, Sher Singh and Guru respectively. How three strangers become friends and the gradual increase in their friendship bond along with that there is also their struggle to get paired with their special ones. It was a blockbuster movie available on Heeroz App & OTT Platform.

Released in 2017, the film features Tarsem Jassar, Simi Chahal, and Mandy Takhar. This is Tarsem’s debut movie yet he won the heart of every single person who watched it. Simi Chahal is in lead and Taesem is cast opposite her whereas Mandy also has an important role to play, her character is the sole of the movie. It is an old-school movie that makes you love every character and their innocence is well portrayed on the screen that’s hard to overlook.

Roshan prince’s another comedy movie released in 2014 featuring Binnu Dhillon and Alfaaz along with him. As per the story, the boys got drunk and under its influence, they are about to lose their lady-love. The scores of situations they undergo will make you laugh a lot.

A story of a young village boy Bittu (Harish Verma) gets attracted to a city girl Saumya (Priyanka Mehta), they are studying together in college. Bittu tries to make her parents agree to their wedding, but every time Bittu’s family wipes out his efforts. Watch the movie to know how he pulls the strings to make it work.

A 2012 movie starring Neeru Bajwa, Tarun Khanna, Gurpreet Ghuggi, Amar Noorie, Rana Ranbir. It is a story of a small-town boy who falls in love with a rich girl. He moves to a foreign land to raise his financial status, and comes back again to express his love to the girl. To know more about his struggles, dreams, and proposals watch the movie.

Sikandar is a political thriller film released in 2013. The movie features Gul Panag and Kartar Cheema. It narrates the poisonous but true political practice which seeps into many educational institutes and it shows its repercussion over society.

It belongs to the era when the Punjabi Movie Industry had one sole actor i.e. Harbhajan Maan. Like every other movie of his, it can also be enjoyed with the entire family. In the movie, Tulip Joshi is starring opposite Harbhajan Maan. It is a love story tangled between relationship and family values

It is a comedy movie with a touch of science fiction. Resulting from a wrong experiment, a group of friends time travel to the past and land in 1955. To know what happened to them, how they managed to survive over there, whether they came back or not. Heeroz presents it to you, watch it now.

It is a comedy movie released in 2014. It has a huge cast Jaswinder Bhalla, BN Sharma, Hardy Sandhu, Yuvika Chaudhary, Anita Hassanandani, Varun Sharma, and Anil Juneja. It is a story of three friends, their friendship and the fun they have in each others’ company. Their absurd actions will definitely make you laugh & you can watch it on Heeroz App.

It is a movie based on the 70’s when there is turbulence at the Indo-Pak border and instability in the political scenario. It is a story of an old Punjab which encapsulates moral values and family relationships along with their inner disputes and the efforts to create a cordial environment.

It is one of the Jaspal Bhatti directions, Jija Ji released in 2007. The story is about a man (Jaspal Bhatti) who believes himself to be the most powerful man because he is the brother-in-law of an IAS officer Mr. Sandhu. He keeps on interfering in official matters of Sandhu and he also annoys him to an all different level.

It is a romantic comedy movie starring Navraj Hans, Keeya Khanna, Jaswinder Bhalla, BN Sharma and more. Two friends Chabbi and Panna who were in jail got released and they try to start afresh with a business idea to make money. But pragmatically it is way tougher than their imagination.

A 2019 release Amaanat has Dheeraj Kumar and Neha Pawar in lead. The story is about a woman who lost her husband (Fateh) and while in her search she confronts goons and at that moment she receives help from Dheeraj(Sonu). In the further journey, he accompanied her and they together faced many challenges. This movie is a full emotional roller-coaster.

It is a story of every other house in Punjab where a young boy wants to migrate to Canada but is unable to pursue it owing to poor English and failing the assessment exam. Consequently, he enrolled himself in an IELTS class but was unable to clear it. Hence, he chose another way to make it work. To know more, watch the movie on Heeroz App.

Kanwaljit Singh a businessman settled in Calgary, Canada, lives with his wife, son and daughter. Once he planned to visit his hometown and further decided to stay there permanently. The movie is about how his latter decision changes his family behavior, the same family to whom he has been sending a part of his earnings all these years for their better living. It is a classic drama movie that raises a question on the cultural values that used to exist in the past. Its star cast includes Harbhajan Maan, Neeru Bajwa and many more.

The movie revolves around seven friends therefore it narrates the story of each one of them. The centric idea of the movie is the generation gap, which exists between adults and teens for centuries. Differences lie in their approach towards life and the hurdles that come across in it. Its star cast includes Pali Bhupinder Singh, Guggu Gill, Razia Sukhbir, Milind Gaba and others.

The movie on Heeroz App released in 2014 has Babbal Rai, Binnu Dhillon, Jaswinder Bhalla as its star cast. It is the story of the Sohli family, where the father is a Don and wants his son to take over the business but to make it practical his sons have to be incompetent. However, it is easy to suggest something or to say stuff out loud but implicating it on the ground level is a real and tedious task.

We can bet these movies on Heeroz app will serve you with unlimited entertainment. So now when you finally have the list of movies available there, you can plan your plans accordingly. 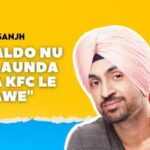 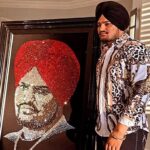