Punjabi industry has always been delivering a constant dose of entertainment for its viewers. With every month passing by, the audience already has a lot of movies and projects on the way to get released and this time it is no different.

Many films are lined up to be released for this year and some for the next year, already. September has some exciting releases and you must already save the dates by reading this article if you have somehow forgotten to spare some time for the movies releasing this month. Here is a detailed list of movies releasing in September, read to know more about them.

The film, Yaar Mera Titliaan Warga is seemingly to be all about the story of a married couple who are on the way to find true love once again in life. Do they succeed in this or not would only be once cleared after it gets released on 2nd September in the cinemas near you.

Batch 2013, starring Hardeep Grewal in the lead role, is a motivational story based on the struggles of a man who is under training and wants to join the police force. We are expecting Hardeep to deliver one of the best movies of this month already.

This film is special for the Punjabi movie lovers as singer Akhil will be making his big screen debut with Teri Meri Gal Ban Gayi opposite Rubina Bajwa. The film is a romantic comedy and we are surely eager to watch it in theaters.

The most awaited Punjabi movie of this year has to be surely, Moh. Jagdeep Sidhu has set a high bar of expectations with the release of the trailer of this film. We cannot wait to see this love story with obvious ups and downs, on 16th September.

Written by Jagdeep Warring, Maa Da Ladla looks promising with a rich starcast and title of the film. The movie will be a multi-starrer project and we cannot wait to see the fun ride in the cinemas on 16th September.

Criminal is the first film produced under Gippy Grewal’s new production house ‘Big Daddy Films’. The action-thriller will have a lot of exciting things expectedly as the first look poster looked quite appealing.

Starring Diljit Dosanjh and Sargun Mehta in the lead roles, the film is much anticipated as we will get to see two of the top Pollywood actors in a single frame for the very first time. 30 September is scheduled for the release of Babe Bhangra Paunde Ne.

This was the list of Punjabi Movies that are scheduled to be released in September 2022. We hope you have sorted out the best from our list for your binge watch playlist. 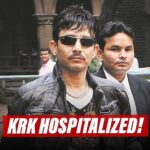 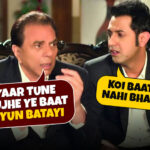