Punjabi movies have made everyone fall in love with their charm and elegance. In fact, the word Pollywood movies stretch far beyond the Indian subcontinent with its loyal fans flourishing in almost every corner of the globe. Punjabi movies are a complete package of love, drama and comedy. Moreover, if you wish to have fun with your loved ones and want to watch Punjabi romantic movies at home, then we have prepared a list of movies that are available on Netflix. We are here to jumpstart your romance with Punjabi movies.

Here’s The List Of Best Romantic Punjabi Movies On Netflix

This film of Baljit Singh Deo portrays a nerve-tickling comedy and heart-touching romance. ‘Manje Bistre’ features Sonam Bajwa and Gippy Grewal in lead roles and Karamjit Anmol, Jaggi Singh, Hobby Dhaliwal and Sardar Sohi in supporting roles. The storyline is amazing as it revolves around the backdrop of a traditional Punjabi wedding. You can watch this Punjabi romantic comedy on Netflix.

If you are a fan of period drama content, then this Romantic number is perfect for you. Laatu is directed by Manav Shah and the film stars Gagan Kokri, Aditi Sharma, Anita Devgan, Hardeep Gill and Karamjit Anmol in lead roles. The movie starts off quite well where a man hopes to bring light to his village and compete with the officer from the electricity department to win the heart of love of his life.

Another Rom-Com film based on a beautiful story is directed by Jagdeep Sidhu. The story is totally women-centric and blended with lots of crips and romance. The film stars Sonam Bajwa, Tania, Nirmal Rishi and Gurnam Bhullar in lead roles. We recommend you watch this Punjabi romantic movie on Netflix.

Starring Harbhajan Mann, Mehreen Kalek, Sarabjit Cheema, Sonia Mann, Anuj Sachdeva and Rupan Bal, Haani is a complete romantic saga. The film comprises two sets in the years 1964 and 2013. The story is entangled with the use of match cuts and expresses the theme of love and commitment. We recommend you watch this Punjabi romantic movie on Netflix.

Another romantic film which is available on Netflix, directed by Gaurav Bavdankar portrays a Life of Punjabi men, who moves to London to impress his girlfriend but faces several hardships. The film stars Harrdy Sandhu and Poppy Jabbal in pivotal roles and Gurpreet Ghuggi, Navneet Nishan, Kulvinder Ghir as supporting characters.

This Punjabi romantic film is directed by Pankaj Batra. The film revolves around social and cultural values. Further, it also illustrates love and friendship among the characters. Virsa features Arya Babbar, Mehreen Raheel, Noman Ijaz, Gulshan Grover and Kanwaljit Singh. This is a must-watch film which we highly recommended for you.

A romantic Punjabi drama film directed by Manjeet Mann, starring Jassie Gill, Neeru Bajwa, Gurdas Mann, Manav Vij and Rajiv Thakur. The story revolves around two singers who try to make their marriage work despite professional rivalry and jealousy. Again a must-watch romantic movie on Netflix, you should not miss it.

Sargun Mehta, Neeru Bajwa, Jimmy Shergill’s epic film Jindua is directed by Navaniat Singh. It’s a very intense film which shows the real meaning of love. Jindua is a romantic family drama blended with a love triangle. Other than love the film also shows the difficulties of people who moved to Canada to earn money but what they all have to go through to achieve it.

This romantic drama has been directed by Jagdeep Sidhu. Qismat has definitely revolutionised the minds of people. It’s a complete package of comedy, romance and emotions. The movie will make you laugh in the beginning but will end with all eyes filled with tears. The plot and story explain the true meaning of love and one must watch this on Netflix. We recommend you watch this Punjabi romantic movie on Netflix.

From Romantic purposes to their friendship, a trio of young men navigate the complexities of relationships while sharing a London apartment. High End Yaariyan features Jassie Gill, Ranjit Bawa, Ninja, Navneet Kaur Dhillon, Aarushi Sharma, Musskan Sethi and Gurnam Bhullar. If you are looking for Punjabi romantic movies on Netflix, it’s one of them.

Nother Romantic film of Pankaj Batra, Naughty Jatts is available on Netflix. The film stars Arya Babbar, Roshan Prince and Binnu Dhillon opposite Neeru Bajwa. The movie portrays the three men who fall in love with the same woman and set out to follow her even though they have to face countless uncomfortable situations.

A pack of Romantic Drama is a must-watch Punjabi film. The film is directed by Amarpreet GS Chhabra. It features Amrinder Gill, Harish Verma, Gurpreet Ghuggi, Isha Rikhi, Shruti Sodhi and many other talented artists as the main roles. The movie has a very amazing plot, where three brothers try to persuade three sisters to marry them. Watch Happy Go Lucky on Netflix.

This Punjabi film starts with lots of drama but has a heart winning end. Surkhi Bindi is directed by Jagdeep Sidhu, a master of the romantic genre. The film features Sargun Mehta and Gurnam Bhullar as lead characters and Rupinder Rupi and Nisha Bano as supporting roles. The film has all the elements of a love story that tugs your heart.

A light-hearted Punjabi movie Sat Sri Akal England is available on Netflix. The film is directed by Vikram Pardhan and stars Monica Gill, Ammy Virk, Karamjit Anmol, Sardar Sohi and many other legendary artists. The story consists of a man who has many failed attempts to obtain a visa. But he is very much desperate to leave Punjabi so he pays a British woman so that she can marry him and then he could move to England. But the story has many twists and turns. We recommend you watch this Punjabi romantic movie on Netflix.

So these are some of the best films which not only include romance but some drama with comedy. We bet you will not get bored while watching these films. So mark your calendar and schedule these movies if you haven’t watched yet. 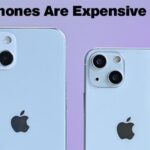