The year 2022 has not been a very pleasant one for the Punjabi entertainment industry. A very sad news is coming from Australia as a Punjabi singer Nirvair Singh has died in a horrifying road accident in Australia on Tuesday

Nirvair Singh was tragically killed in a horror three-vehicle collision at Bulla Diggers Rest Rd in Melbourne’s north-west on Tuesday. The regional police stated that Nirvair was in the wrong place at the wrong time that cost him his life in the horrifying crash.

Also Read: Jogi To Bring Back The Cruel & Heart Wrenching Scenarios From 1984

According to the Melbourne west police, a car was seen being driven erratically in the area before hitting two vehicles in Diggers Rest. A man and woman were arrested at the accident spot and remain under police guard in hospital. However, no charges have been laid on them yet.

Police also stated that the driver of the third car involved in the horrific collision was taken to hospital with minor injuries and investigations into the cause of the crash continue. The officials added that anyone with information, dashcam or CCTV is urged to contact Crime Stoppers.

Nirvair Singh, was a punjabi singer from Kurali, who moved to Australia nine years ago for a better life and to pursue a promising singing career. He was a husband and a dedicated father to two kids, who are left behind to survive in this world.

Nirvair’s terrifying death has shocked the Indian community in Melbourne and loved ones back home in Punjab. His death has sparked an outpouring of tributes from shocked friends. The industry mourns the death of the young talented singer. 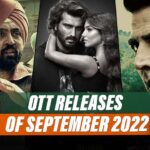 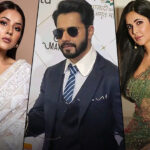