The following singers are those who might have a small life span but they lived an enormous life. They gained countless admirers and their affection because of their talents. They collectively wrote the history and the future of punjabi music. They are the inspiration and role models for many artists. The void of their absence can never be fulfilled; the least we can do is to remember them in our memories. Check out the greats who were gone too soon.

Pollywood Singers Who Died At A Very Young Age

Shubhdeep Singh Sidhu, aka Sidhu Moose Wala, was an Indian rapper, singer, songwriter, and actor from Punjab. He was born on June 11, 1993, and died on May 29, 2022. His song “So High” helped him break into mainstream music. He put out his first album, PBX 1, in 2018, and it reached number 66 on the Billboard Canadian Albums chart. The UK Singles Chart ranked his single “47.” On May 29, 2022, unidentified assailants shot and killed Moose Wala; The killing, which the police said was the result of rivalry between gangs, was claimed by a Canadian gangster who was active in Punjab.

In the Indian state of Haryana, Maninder Manga was born on October 12 in Khizrabad, Yamunanagar. He was a great actor and Indian singer who was also well-known for his work in the Punjabi industry. On February 19, 2019, Maninder Manga passed away in Chandigarh, India. He was admitted to PGI, Chandigarh, during his death due to a liver infection.

Santokh Singh Rataurh, better known as Kaka Bhaniawala, was a Punjabi singer from the village of Doaba Bhaini, near Kohara on the Chandigarh-Ludhiana road in the Indian state of Punjab. His name means “from Bhaini” (Bhaniawala). Mashooq Teri Challi is his debut album with Music Pearls Recording Company Ludhiana. After receiving routine blood treatment due to liver failure and jaundice, Bhaniawala passed away in Ludhiana on April 12, 2009, from jaundice caused by liver failure. This was because of over-the-top drinking.

The loss saddened many people in the bhangra industry, and many fans were surprised by the sudden loss.

He was well-known for his sad songs, and one of his best-known songs was “Rut Peyar Di.” The songs “Fikka Rang Ajj Di Dupehr Da,” “Tenu Bhuleya Ni Janda,” and “Tu Pardes” are among his most well-known songs. On May 7, 1992, he passed away from alcohol intoxication.

Major Rajasthani was a singer and songwriter from India who sang Punjabi music. His sad songs were especially well-known to people. He was referred to as the master of sad songs. His songs are still well-known among youngsters. ” Car Ribnan Wali

“Chandri Bulauno Hatgi” and “Dhanwad Vichole Da” was amongst his big hits. he passed away on December 14, 1999, following a heart attack.

He performed many foot-tapping Bhangra pop songs for the youth of Punjab, which was popular with wedding parties and DJs. Whether it was Dhru Tara or Nehron Paar Bangala, Romy Gill had everyone dancing to his tunes. However, when the singer, believed to be in his mid-thirties, suffered heart failure on Wednesday and passed away.

Chamkila is the one of those artists whose death has become a mystery. At the age of 28 had been murdered with his wife Amarjot and two other band members. He has given many popular songs to the industry such as ‘Baba Tera Nankana’, ‘Jatt DI Dushmani’, ‘Talwar Main Kalgidar Di’. he was known for his voice, lyrics, composition and music excellence. He was the best live performer that Punjabi music industry can ever have.

Dilshad Akhtar hailed from a small village of Kotkapura, Punjab. Grievously, in 1995 amid an event a drunken DSP insisted him to sing Hansraj Hans song ‘Nachi jo saade naal’ but Dilshad turndown him as the song belongs to another singer. The rejection offended the DSP and he snatched a gun from the bodyguard and shot him and Dilshad died at the spot. Late singer Manpreet Akhtar was his sister. Following her brother’s footsteps, she also accomplished a big name in the industry. ‘Kanwan Ve Sun Kanwan’, ‘Man Wich Vasna Aein’, ‘Kanu Atharu Bahoundi’ are some of his hits.

Popular songs like Dupatta Tera Satrang Da, Tera Yaar Bolda has been making the entire punjab to dance till this date are sung by none-other than Surjit Bindrakhiya, one of the legends of punjabi folk music. He was known for his unique voice and hekh (a long one breath single note). In his last days news of his declining health had been surfacing all over. On 17th November 2003, he died of Cardiac arrest at his home in Phase-7, Mohali at that time he was just 41.

Soni Pabla is that singer who gave the iconic songs like Gal Dil Di, Heeray and others. He was the most wanted singer of his time. In 1990 he moved to Canada where he got acquainted with music and made it his profession. His career was blossoming like a flower but unfortunately,at the age of 30 he collapsed in an event while performing in Ontario and the paramedical team tried to help him but on the way to hospital he was pronounced dead. Later in the same year his friends paid tribute to him through an album ‘Eternity’.

He debuted with a super hit album ‘Kacherian Ch Mele Lagde’ and the song “Boliya’ got huge love from the audience. In 2006, he died in a road accident, reportedly he along with his friend Baljinder Billa were travelling and suddenly their car went unmanageable and ran into a tree.he was only thirty year old at the time of his death.

Winner of a reality singing show ‘Amul Star Voice Of India’, Ishmeet Singh hailed from Ludhiana Of Punjab. Apart from Star Plus’s show he also participated in Jo jeeta Wohi Superstar. His first album was a religious one, titled ‘Satguru Tumre Kaaj Savaare’. His death mystery is still unsolved, he was in Maldives for a concert and over there he drowned in a swimming pool. As per reports he had a head injury which made the drowning suspicious. He was only 19 year old during his cremation.

Kuldeep Ral popularly named as Kuly, he was diagnosed with Brain tumor in 2011, he underwent several radiotherapy and chemotherapy but after 2 years he kicked the bucket at the age of 35. He has done a number of commendable projects, Songs like ‘Singh Is King’, ‘Sheran Di Kaum Punjabi’ overwhelmed the music chart for years. He was one of the three brothers who founded the RDB (Rhythm Dhol Bass) group. After his demise RDB terminated as the members parted away to move individually. An international bhangra group and Kuly’s sister crooned a special song to pay tribute to him.

He was a folk singer and he achieved success by songs like ‘Nimi Nimi Tarian Di Lo’, ‘Rangli Madhani’. Sukhraj also died in a road accident similar to Kulwinder Dhillon. He was travelling with his wife and their car collided with a tree. Reports say the steering of his car came off, resultantly he lost control. He was in his mid-forties when the incident happened.

King of Punjabi sad songs Dharampreet hailed from Bilaspur, a town of Punjab. He joined the Punjabi music industry in 1993. His albums ‘Dil Naal Khed’di Rahi’, ‘Ajj Sada Dil Torh Ta’, ‘Aina Kade Vi Nahi Roya’ gave him name and fame in abundance. Sadly on 8th June, 2015 he committed suicide at his home. He was in his early Forties at his last rites.

He was a Pollywood singer, actor, lyricist and director. Songs like Sarhaar, Saheli, Gunahgaar are his projects. If we talk about his acting career, he was a policeman in movies named Jawani Zindabaad, Jatt In Mood. He completed the shooting of the Aam Aadmi movie before his demise. He passed away at the age of 44.

Diljaan was a rising Punjabi singer who grabbed the limelight via being a contestant on Sur Kshetra and Awaaz Punjab Di. Later he sang many songs like Adha Pind, Yaaran Di Gal, Shoon Karke, Har Pal, First Love etc. Unfortunately, on 30th March 2021, he left this world in a road accident that happened near Amritsar. He passed away in his early thirties.

READ | 23 Punjabi Singers Who Have Sung In Bollywood Movies

So, these are some singers who lost their lives at a very young age but they still connected to our memories.  Also, their songs are a genre forever worth listening to despite belonging to any genre. 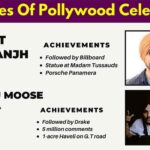 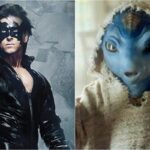