The upcoming Punjabi movie “Puaada” has got a new release date. The movie was scheduled to be released on 11th of March, 2021. Due to some unknown reasons, the movie did not come out on the planned date. The fans were disappointed and curious at the same time. But now the team has finally announced the new release date.

The Ammy Virk-Sonam Bajwa starrer “Puaada” will hit the worldwide theatres on 2 April 2021. Ammy Virk has a long line-up on his way this year and “Puaada” is another one of those. The movie had become the first Punjabi film to be announced this year after the long global pandemic break. The movie stars Ammy Virk and Sonam Bajwa in the lead roles.

The film might clash with Punjabi movies, Shreek 2 and Qismat 2 as both the movies had also been announced to release on the same date, the 2nd of April. Qismat 2 will also star Ammy Virk in the lead role. This year is turning out to be a boon for the industry and “Puaada” is just another part of the boon. The fans are very excited to see their favorite actors and actresses on the screens again. 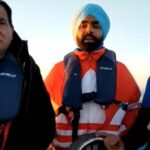 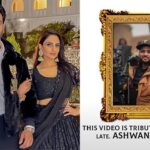