Do you remember once we used to go to the cinema halls to watch movies! Ah God that one place has given us so many memories with friends, our love interests, and family. We literally use to wait for when we are going next, used to save while in college, have taken money from friends to go and watch with their “Bhabhi” and never returned that money. And we used to think while on food counter that maybe that’s how movies make money and not from the movie itself 🤪

God those good old days aren’t coming back anytime soon even if cinemas are allowed to showcase movies. One of the reasons is fear in people’s minds if they would catch COVID in such a crowded space that can’t be cleaned to that extent every day after every show.

And that’s why Producers have a fear that this way they are gonna loose crores of rupees daily and if the circulation of money stops then they would be out of the business soon. People associated with the projects have to be paid, new ideas have to be worked upon, they must provide their content on other platforms so that at least they can get back money which is already invested in the process. And that’s exactly where Producers Guild and Cinema chains like INOX have issues.

To start with it was confirmed that Nawazuddin Siddiqui Ragini Khanna Anurag Kashyap starer, Ghoomketu, is releasing on 22nd May on ZEE 5.

Soon the reactions started coming in and on 14th May, INOX was first to issue an official statement on Producer’s this step calling them “Fair-Weather friends”. As per INOX this decision was Alarming and disconcerting and urged all creators not to skip the theatrical release.

On this producers Guild of India also issued a statement the very next day. They showed extreme displeasure and disappointment on such abrasive and unconstructive statements issued by colleagues in distribution.
In the statement, they emphasized that due to heavy losses incurred by producers on daily basis its natural to look around for alternate platforms but once the situation is in control and people are able to visit theatres freely cinemas would be preferred mode of the film release.

Jumping In, PVR also issued a statement on the ongoing matter. Though they seem disappointed but are sure that movies have been releasing on alternate platforms for a long time now and are a tough competition, cinema lovers won’t stop coming to watch movies once the situation is stable.

While it’s a win-win situation for the audience who are dying of boredom locked in homes, its certainly is not the best phase for Cinema chains as well as producers. What do you think about this story? Do share your views on Kiddaan Instagram handle. 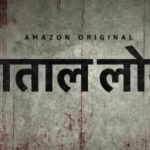 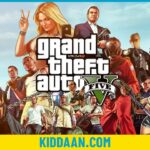