Yes, you have read that right, that the sequel of our favorite Punjabi blockbuster hit film, Qismat is now officially announced. The movie was in the news immediately after the release of Qismat, in which Sargun Mehta and Ammy Virk played the lead roles. Ammy Virk has shared a poster of the film starring him with his superhit onscreen partner Sargun Mehta once again. The music is given by B Praak and lyrics are written by our favorite Jaani.

10 Reasons why! Qismat and Sufna are every Punjabi movie lover’s favorite

Not only Ammy Virk, but Sargun Mehta, Tania, B Praak, Jaani, director/writer Jagdeep Sidhu and producers Ankit Vijan & Navdeep Narula have also shared the poster to update their fans with this great news. The poster says the movie will release on April 2nd, next year in 2021. And as per the details given by director Jagdeep Sidhu, the shooting of the film will start nearby this October.

Let us also tell you, as per the previous schedule of the film, Qismat 2 was supposed to hit theatres by September 2020, which could not happen due to COVID 19 as the plans have vanished. But now, as the film is officially announced and the shooting is about to get started, let us hope there comes no obstacle in between the making of the film.

By the way, do you know, who are the people already working for Qismat 2? They are Jaani & B Praak! Read the story here: Qismat 2, Music sessions start. Excited! 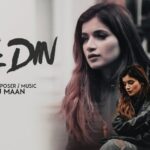