Qismat was the movie that set different standards for the music and songs of a film. This was such a beautiful film with even more beautiful songs. It was not really extraordinary how each song worked wonders for the film and became super hit even before the film got released. Qismat’s songs are considered as magical because they were attracting people towards Ammy and Sargun’s chemistry each time they enjoyed the song with its video. And this was the reason why people loved Qismat so much and are waiting for its Qismat 2.

Unknown facts about Qismat movie. 6th will blow your mind!!

Well, we have really good news for all the Qismat, Ammy Virk, and Sargun Mehta’s fans, that the for the music of Qismat 2 is now in progress. Recently Ammy Virk shared a picture with B Praak and Jaani on his official Instagram, which is highlighting the news for us. Although, the shooting of the same film is on hold because the plot is to be set abroad, and right now this is not possible due to global pandemic COVID 19.

The ultimate Jaani Quiz on the internet!

But now, the team is all set to complete its music and we really wish Ammy Virk, Jaani, and B Praak all the best for the album, which we are sure is going to break all the records again and proves to be the biggest album. 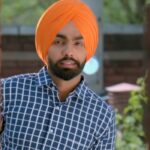 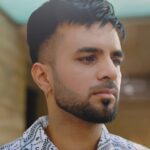