One of the artists of the Punjabi Music Industry, R Nait, who is not only admired but also immensely followed by his fans, now has come up with a big announcement. The singer has shared a huge news on his social media, as he will soon bring a full album for his fans which is titled ‘Majak Thodi Hai’. The poster has circulated on social media.

The intro video will be released on 24th July as he mentioned in the poster. Other than R Nait, the album will be featuring Singer Gurlez Akhtar as well. Further according to his caption Gold Media Entertainment, Tru Makers and Mix Singh and Jeona & Jogi films will be working on the album ‘Majak Thodi hai’.

Meanwhile, every song of R Nait received a lot of love from the audience and his last release ‘Bapu Bomb Hai’ also made a good mark in the hearts of the fans. Now his fans are eagerly waiting for the upcoming albums, and not disappointing his fans he always makes sure to bring something new and exciting for them. 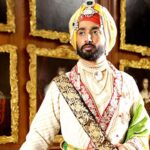 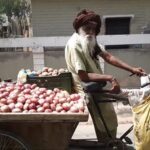