Punjabi singer R Nait who became an overnight sensation with his song ‘Defaulter’ is on the brink to entertain his fans with one after the other hit number. It is quite recent that he left everyone amazed with the title track of his album ‘Mazak Thodi Ae’, ‘Gundeyan Di Gaddi’ and song ‘Roka’. And now again the singer is ready to excite his fans with another banger.

The title of this track is ‘Dastaan E Ishq’. The singer has also shared the first look poster of the song. The title of the song describes that the song will be a romantic melody and will feature Nikkesha along with R Nait in its music video.

Nikkesha was seen in hit songs like ‘100 Gulab’ & ‘Photo’ by Singga, ‘Regret’ by Ammy Virk and many others. She has also worked with R Nait in song Struggler which was a great hit and garnered immense love from the audience.

Further, coming back to the poster of the song, In the poster, Nikkesha and R Nait can be seen cuddling each other and giving us major couple goals. The poster is undoubtedly very adoring.

Lyrics of the song are penned by R Nait to which the music is given by MixSingh. Further, the releasing date of the song is yet to be announced but it can be out anytime soon. Fans can’t wait for the song to get released and the same can be seen in the comments. 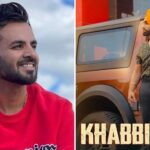 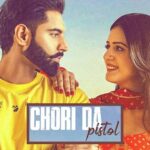