‘Defaulter’ fame R Nait who not only impresses his audience with his voice but with lyrics too has shared a great piece of news with his fans. The singer took to his official social media handle and shared a poster of his upcoming album.

The artist who has won the hearts of audiences with his albums Dastaan E Ishq, Don’t Care and others are all set to entertain his fans with another tape. Titled ‘Big Men’, the album consists of 7 songs. Renowned singers like Gurlez Akhtar, Shipra Goyal, KD will be lending their voices to the upcoming songs. The first look of the poster features Isha Sharma, so it is confirmed that the model actress will be featured in the video of a song for sure.

Coming to the credits, the music is be given by Laddi Gill, Mix Singh and Young Army (Shaan). Meanwhile, this year also seems to be exciting for all the music lovers. As it looks like the Albums’ season isn’t over yet and not going to end any soon for sure.

And R Nait will surely turn the heads around with his forthcoming tape ‘Big Men’. As he will be collaborating with prominent artists of the Punjabi industry, so we can expect a huge hit and amazing bangers with this. The release date is not yet out, but we know that the singer will not make his fans wait for much time. 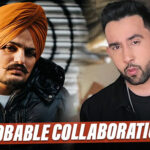 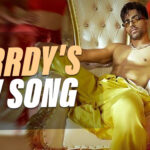