Kaka Kautki left the world on 26 November, 2021 due to a heart attack. As it is said, great figures might leave the world but their legacy never does. It’s been around 4 months since Kaka Kautki bid farewell to us but the wound left on the hearts of Punjabi Cinema and its fans has still not healed up.

Jagdeep Sidhu recently wrote an emotional note for the late actor, once again reminding us of his great legacy. He wrote, in the caption shared with a smiling picture of Kaka Kautki, that it was the last day of Lekh’s shooting and an important scene. Kaka’s health was not well so Jagdeep thought that he might have to rewrite the scene.

Due to Kaka’s medical condition, Jagdeep considered taking him out of the scene and rewriting it without him but the DOP refused to remove the scene, saying that it was such a brilliant one and that they would manage. The scene was finally done with Kaka Kautki in it. Jagdeep wrote that the final edit came out to be very appealing.

Who knew that it would be the last ever scene of Kaka Kautki’s life. Jagdeep wrote how regretful he would have felt if he had removed Kaka Kautki from the scene. On the other hand, this thought is also stuck in Jagdeep’s mind that had he removed Kaka from the scene, he might have got another scene written in his destiny.

As soon as the scene concluded, Kaka Kautki ran up to Jagdeep and asked what was the next day’s schedule. To this, Jagdeep replied that tomorrow is nothing and your character is over, it’s a pack up. Who knew that it would actually be the end of Kaka Kautki’s character forever. Jagdeep wrote that these words will always keep giving him pain in the heart. The scenes that they created to make the audience laugh will make everyone emotional now.

Lekh starring Gurnam Bhullar and Tania is set to be released on 1 April, 2022 and narrates a cute little love story of two schoolbirds. 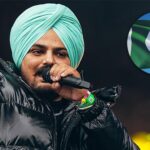 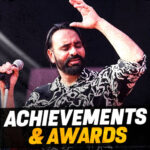