There was a time punjabi films were considered to be over dramatic. Later, the industry came to be known to produce comedy films only. But modern Punjabi cinema has evolved for the better. The movies that the industry brings to its audience today are not mere dramas and comedies, but explore various social issues, lives of prominent figures, beautiful love stories and much more. Rabb Da Radio 2 is a perfect example of what modern Punjabi cinema is all about.

The Tarsem Jassar-Simi Chahal starring “Rabb Da Radio 2”, directed by Sharan Art, was released in 2019. The movie explores the issues of modern families, how once closely-knit families have been separated by physical walls between their houses and invisible walls within their hearts. Tarsem and Simi’s acting, the direction, the screenplay, the soundtracks, everything about the movie feels beautiful and such a determined performance by the whole crew was bound to bring in great results.

The movie has succeeded in bagging the award for the Best Punjabi Film in the 67th National Awards event. On Monday, 22nd March, the movie won the prestigious award beating all the movies released in Punjabi language last year. In the 66th National awards, the same award was won by Ammy Virk starrer, Harjeeta. And now the legacy of Harjeeta has passed on to Rabb da Radio 2. 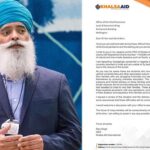 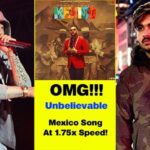