The singer turned artist Tarsem Jassar won the hearts with his debut acting performance in Rabb Da Radio released in 2017. And after that, he was also seen entertaining the fans even more in the sequel of the movie. But now, we have hot news which might take all the Jassar fans to cloud nine.

You will be happy to know that Tarsem Jassar has finally announced the release date of the third part of the movie i.e. Rabb Da Radio 3. Jassar took it to his Instagram account where he shared the poster of the upcoming movie and revealed that it will hit the theatres on 8th April, 2022.

While sharing the same he thanked the almighty and wrote,

Talking about the last two installments of the movie, they starred the leads Tarsem Jassar & Simi Chahal, Nirmal Rishi and Jagjeet Sandhu in common. Also, Rabb Da Radio starred Mandy Takhar in a supporting role, while in Rabb Da Radio 2, B.N Sharma was seen as prominent supporting characters. And the fans started the demand for the third installment of the series after Rabb Da Radio 2 bagged a National Award. And now the fans are all set to witness their favourite on-screen pair of Tarsem Jassar and Simi Chahal.

But many details of Rabb Da Radio 3 aren’t out yet. The poster reveals, the film will be presented by Vehli Janta Films and Omjee Films, and is being produced by Manpreet Johal and Ashu Munish Sahni. Also it is known that the upcoming movie will be directed by Sharan Art who also directed the previous installment i.e. Rabb Da Radio 2.

Just like you, we too are really excited and looking forward to more details of the same to come out soon. Stay connected with us, as we will update you with every detailed information about Rabb Da Radio 3 as soon as we get our hands on it. 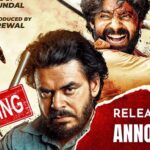 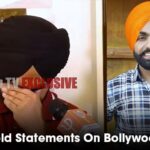