Famous Business Tycoon Raj Kundra has been making headlines these days for reasons nobody would like. He’s been arrested for being involved in making Pornographic films. But did you know he once announced a Punjabi film?

Raj Kundra had announced a Punjabi film titled ‘Nanak’ in the year 2017. The movie was to revolve around the relationship and bond between a father and a son. Even the cast of the movie had been finalised, Jassie Gill, Japji Khaira, Diljott and many more big names were to star in the movie.

The Viaan Industries project in association with Cinemation Mediaworks was to be directed by Rakesh Mehta and set to be released on 23rd March 2018. Everything was set but Jassie Gill’s exit from the movie due to his Bollywood debut in ‘Happy Phir Bhaag Jayegi’ prevented the movie from releasing. Then Jimmy Sheirgill replaced Jassie but Jimmy’s feature was also not finalised.

Eventually Raj Kundra decided to quit the project because of the problems coming in casting and as a result the movie release kept on getting postponed. The real reason for the cancellation is still a mystery.

Raj Mehta further stated that he does not want to blame anyone for the cancellation of the movie ‘Nanak’ and added that he will surely make it in the future even without Raj as it is his dream project. 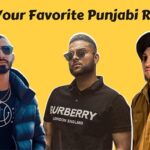 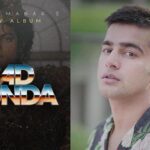