On one hand, the ‘Bharat Jodo Yatra’ of the grand-old-party is all set to begin from Kanyakumari on September 7, meanwhile, the questions like, “Who will be the next Congress president,” have been continuously raised inside and outside the party. Moreover, the elections for the Congress national president would be held within a month.

As per the sources, after Rahul Gandhi refused to take charge again as the Congress president, reportedly, Mrs. Sonia Gandhi, the interim chief of the party, has requested the Rajasthan CM Ashok Gehlot to hold the reins of the party. However, Gehlot himself denied any such claim, adding that Rahul Gandhi is the most suitable person for the post.

However, the political pundits believe that if the Gandhis step back, they may hand over the post to Rajasthan CM Ashok Gehlot, one of their close aides and a sharp strategist in the grand-old-party. Gehlot is famous as ‘Jadugar’ in Rajasthan, moreover as the ‘Jadugar of the Congress party’.

Also read: Big Breaking: Adani To Takeover NDTV Without Consulting Its CEOs? Here’s All You Need To Know

Ashok Gehlot has a track record of failing the operation lotus in Rajasthan and challenging the duo of Modi-Shah from time to time. In 2017, Gehlot was the chief strategist of the grand-old-party for the Gujarat assembly elections. Despite the resignation of former CM Shankar Singh Vaghela and more than 10 MLAs at that time, Gehlot’s strategy brought back the Congress party in the fight.

The 2017 Gujarat assembly elections turned out to be a neck to neck battle between the BJP and Congress. Though the BJP was able to make a close finish at 99, the Congress was also able to win in 78 assemblies in Gujarat, the party’s best performance in the last 15 years. Furthermore, Ahmed Patel and Ashok Gehlot were the chief strategists of the INC then.

Last year, when former deputy CM of Rajasthan, Sachin Pilot, moved to Haryana’s Manesar, along with the 19 MLAs of the grand-old-party, it was speculated that the BJP may successfully form the government with Pilot’s help, toppling the Gehlot government. However, Gehlot’s magic again worked and he not only had successfully saved his govt, but even brought back Sachin Pilot and the rebel MLAs to Jaipur.

Though Gehlot himself has denied the media reports which claimed that Sonia Gandhi asked him to hold the reins of the party, the political pundits believe that Gandhis may promote Gehlot to the top post and make Sachin Pilot the new CM of Rajasthan, which would be a successful strategy to tackle the anti-incumbency in the state and also giving a non-Gandhi president to the Congress party. 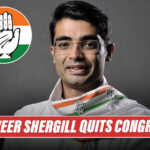 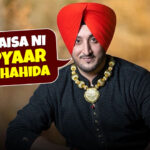