As per the fresh update by the AIIMS, Delhi the health condition of renowned comedian Raju Srivastava has gotten worse now. Since the previous night, he has been in an extremely fragile and critical condition. Raju’s blood pressure had sharply dropped yesterday evening; it has since stabilised, but his overall condition has worsened.

As per the media reports, Raju Srivastav’s family has even booked a room in AIIMS for the relatives to stay for night. Reportedly, senior BJP leader and former minister of Health and Family Welfare, Dr. Harsh Vardhan is personally co-ordinating with the team of doctors, handling Raju Srivastava’s case. He has been meeting and checking up daily with the doctors.

On the other hand, Raju Shrivastav’s family has even lashed out at various social media users for spreading rumours. On August 10, Raju Srivastava collapsed while running on a treadmill at a gym. He has been unconscious for the last 8 days. However, the doctors have been trying their best to save him.

Comedian Ahsan Qureshi, one of the close friends of Raju Srivastava, has said that now a miracle can save Raju. He has been on a ventilator for the last 8 days now. His daughter has said that the doctors are treating him and they’re hoping for a miracle. Raju Shrivastav’s fans from across the country have been praying for him. 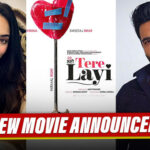 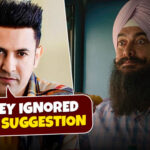