The Punjabi industry is all set to get back to its pace. It has been raining new film announcements this year. The year will certainly be packed with a great deal of entertainment.

Recently, another new film announcement has been made. The title of the movie is ‘Open Minded’. The title of the film is very different from the usual Punjabi film names and has a cogent intriguing quality attached to it. The movie will be released on the youtube channel of Rana Ranbir that is ‘Rana Ranbir Studios’.

Actor-director Rana Ranbir took to his Instagram to make the official announcement where he shared the first look poster of the movie. The caption of the movie reads, “The trailer of our movie is extremely beautiful even though the movie might be a flop. The old story of the new generation will be presented in a simple manner.”

Take a glimpse at the poster:

Further, nothing has been unveiled except the title, we are sure he will be revealing full information soon.

Rana Ranbir has proved his versatility time and again through his quality work in the Punjabi cinema in the capacity of an actor, writer, comedian and director. Interestingly, this is the first film of his production as well. 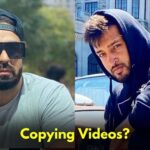 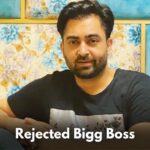