Recently internet was flooded with the news claiming the death of two Pollywood superstars, Rana Ranbir & Karamjit Anmol.
This is not the first time in the industry when fake news or rumors have spread. But this news was more disappointing as Rana Ranbir himself reacted to the news of his demise. On his official Instagram handle, he shared his video and updated his fans and well-wishers with his perfect health. He added the rumors of his death have been already spread twice, and this is the third time in the last two months. This news was really disturbing to his fans, which is proved by the fact that Rana Ranbir woke up with many missed calls and pending text messages.

Also, Karamjit Anmol shared his video on his Instagram, thanking his fans, and loved ones for their concern. He said people must not believe on such updates and news, without any official or credible source. And it’s surprising that he himself traced and checked the account of the accused who was spreading this news, in which Karamjit got to know the account was already full of such rubbish and fake news.

Similar fake news was soon seen on social media regarding Comedian Harby Sangha, he had to come online to assure his fans friends and family that he was perfect and this was a rubbish act from someone.

Rana Ranbir, Karamjit Anmol and Harby Sangha are popular and loved faces of Punjabi Film Industry. This is why the news of their sudden demise, left their fans heartbroken. But as they say, it is all well that ends well.

We are happy knowing that both of them and perfectly fit and fine. Team Kiddaan wishes for their lifelong great health so that they can keep entertaining us. 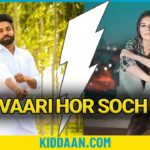 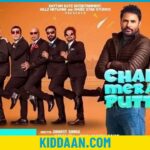