Reportedly, Alia Bhatt and Ranbir Kapoor are all set to tie wedding knots this month. The duo has once again given a reason to make us fall for them even more. Be it their vacations or attending public events hand-in-hand, the couple cannot keep their eyes off each other. Adding to the buzz is news about their upcoming marriage that everyone’s waiting to hear.

Previously it was reported that the duo will tie the knot on 17 April, but now the latest reports suggest that the couple will exchange their wedding vows on 15 April 2022.

Yes, there’s a slight change in reports and now the wedding festivities will start from 13 April and continue till 15 April. As per the reports, Mehndi function will take place on the 13 at Alia’s home in Bandra (Vaastu). Haldi/Sangeet on 14 at the same place.  The D-Day is on 15 April.  The reception will take place at the RK House in Chembur, the date is not revealed yet.

The reason they chose it is because it is a lucky number for the Kapoor family. And Ranbir fans are already aware of his obsession with the number 8. Now, Alia Bhatt too acknowledges the same and so the couple happily agreed for April 15.

ALSO READ | Rumored Guest List Of Ranbir Kapoor’s Bachelor’s Party Out. Check Who All Are Invited

Speaking of the invitee’s list, it will have the close relatives and families of the couple, like Kareena Kapoor Khan, Saif Ali Khan, Karisma Kapoor, along with an extremely close friend circle like Ayan Mukherjee, Karan Johar, Akansha Ranjan, and many more. 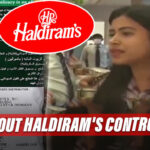 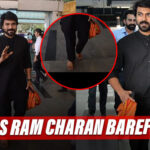