According to media reports, Ranbir and Alia have taken the vows and got hitched to each other in an intimate ceremony today, 14 April. They both got married to each other following a Punjabi wedding, in the presence of 28 guests, including family and close friends of both the actors. The paparazzis are on a strict duty outside Vaastu (where the marriage was meant to take place) to update the people about the most viral wedding of the season and if they are to be believed then Ranbir and Alia are now Mr and Mrs Kapoor.

Both Ranbir and Alia opted for white and gold minimal traditional outfits and looked amazing as bride and groom. Here are some pictures and videos.

The wedding festivities took off 2 days ago beginning with Haldi and Mehendi functions. It was on 13 April when Ranbir Kapoor’s mother, Neetu Kapoor, confirmed the wedding date to paparazzis and it finally happened on 14 April. The wedding guest list included the entire Kapoor and Bhatt family & the close friends of the bride-groom,  including Ayan Mukherji, Akansha Ranjan Kapoor, Karan Johar, Navya Naveli Nanda, Akash Ambani and more.

Alia Bhatt and Ranbir Kapoor had become public’s one of the favorite couples for a long time now and their wedding news have made people more excited and thrilled.

Team Kiddaan wishes both Alia and Ranbir a happy and amazing married life ahead. 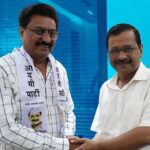