Ranbir Kapoor is continuing to be on the public radar of criticism. The actor and his wife Alia Bhatt are currently busy promoting their upcoming and much-awaited movie Brahmastra. The couple will be seen sharing the screens for the first time in their careers in this film, hence it is next level special for their fans.

The promotions of Brahmastra are surely on full swing, but it looks like the internet is not so impressed with Ranbir Kapoor. The actor is currently facing a lot of hard criticism for something he jokingly did in a recent interview.

While talking about Brahmastra, Ranbir Kapoor, Alia Bhatt and Ayan Mukherji appeared in an interview which is doing rounds on the internet now. There the team was asked why they are not promoting Brahmastra like other movies.

And to this, Alia Bhatt answered. But before she could finish talking, Ranbir Kapoor interrupted her and made a weird joke about her (which the public felt was extremely disgusting). Alia said, ‘“We will promote the film, and we will be everywhere but if the question you are asking is why we are not phailod (spread) everywhere, right now our focus is…”

And in between this, Ranbir Kapoor interrupted and said, “Well I can say somebody has phailod (spread, referencing her weight gain).” This shocked Alia and she looked straight into Ranbir’s face, and Ranbir then immediately said it was a joke.

Ranbir’s comment not only surprised Alia, but also made Ayan awkward. Though the film’s team later continued laughing, Ranbir’s comment did not go well with the netizens. People feel, it was a mean comment passed by Ranbir and was not at all a healthy joke.

Have a look at some of the comments and reactions of the netizens;

No one from the film’s team has addressed this criticism yet. Moreover, coming to the film, Brahmastra is set to release on 9 September. Apart from Ranbir and Alia, it also stars other amazing actors like Amitabh Bachchan, Nagarjuna Akkineni, Mouni Roy, Dimple Kapadia and more in pivotal roles. Bollywood superstars Deepika Padukone and Shah Rukh Khan will also be seen in important cameos in the film. 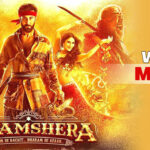 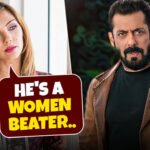