Ranbir Kapoor and Alia Bhatt have become one of the most popular and loved couples in the Bollywood Film Industry. They are cherished on social media and their fans are always up to know more and more about their lives.

It was a big treat for RanAlia fans to see Alia Bhatt revealing a lot about her personal life, wedding and relationship with Ranbir Kapoor. Though the fans wanted Alia Bhatt and Ranbir Kapoor to grace the couch of Koffee With Karan together, they made peace with Alia Bhatt joining the show with Ranveer Singh.

And it was a conversation on the chat show, which revealed that Ranbir Kapoor might have thought of marrying Alia Bhatt during the time of Student Of The Year.

SOTY was the debut film of Alia Bhatt, Varun Dhawan and Sidharth Malhotra. Directed by Karan Johar, the film turned out to be a massive hit and made all three debutants overnight sensations.

But do you know, Ranbir Kapoor had once visited the sets of Student Of The Year and watched Alia Bhatt. He then whispered in KJo’s ears, ‘Should I Marry Her? Should I Marry Her?’. Of course, he was joking and said this in a fun manner, but little did he know that what he had just said was his destiny.

And guess what? Alia Bhatt had no idea that something like this had happened back then. It was during the Koffee With Karan episode with Ranveer Singh and Karan Johar only when she first got to know about it.

Isn’t this just too cute to be real? And if this is what we call hints from the universe, we believe you too might have talked about your better half already. 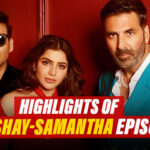 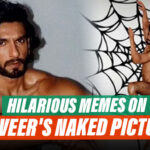