Brahmastra is one Bollywood movie which has made space for itself in uncountable news headlines, discussions, debates and massively on social media too. It stars Ranbir Kapoor and Alia Bhatt in the leading roles. Apart from them, we also got to see Shah Rukh Khan, Nagarjuna, Amitabh Bachchan and Mouni Roy in the fantasy adventure film.

The film has crossed 350 crore business at the worldwide box office and has been a super hit. While the fans and critics are divided when it comes to reviews of Brahmastra, no one can deny the fact that this film turned the tables for Bollywood.

You also must be hooked to every story and scoop coming related to the blockbuster film Brahmastra. But did you ever wonder about the fees of Ranbir Kapoor for it? Did he charge 15 crores, 20, 25 or more? The answer to this question might shock you.

Actually, Ranbir Kapoor has not charger anything for the making of Brahmastra. Yes, you read that right! Ranbir Kapoor, who is one of the most successful and popular celebrity actors did not charge even a penny for Brahmastra which has turned out to be such a big hit.

This secret was revealed by film’s director Ayan Mukherji himself in an interview. He said, “Yeh film hamari bohut hi zid aur personal sacrifices se bani hai. So yes, yeh sach hai ki jo Ranbir ki price as a star, actor it is on a film, he did not take anything for the making of Brahmastra. Aur main manta hoon ke iske baigaar hum yeh film ko bana nahi paate. It is a very very big thing kyuki it would not have been possible.”

Though it is not confirmed if Ayan is talking about Ranbir’s acting fee or just the making of the film. Earlier it was reported by various news sources that Alia Bhatt charged 10-12 crores, while Ranbir Kapoor was paid 25-30 crores for Brahmastra. 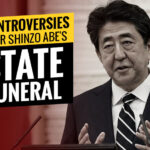