Ranbir Kapoor and Alia Bhatt undoubtedly are one of the most loved Bollywood couples. Their fans love everytime they are snapped together. But nowadays this couple is making headlines for an unwanted reason. Recently a video is massively going viral in which Ranbir Kapoor is seen pushing Alia Bhatt’s hand away as she tries to fix his hair in front of media and fans.

A big part of the internet feels Ranbir Kapoor is throwing tantrums on his wife and not loving towards her. It was recently in a pre-release event of Brahmastra where Ranbir was caught looking annoyed or frustrated with Alia. In the old video, Alia was seen looking at Ranbir and smiling, while Ranbir looked angry as he murmured something.

Also Read: #Embedded Is Trending & You Should Not Search It On Instagram! Here’s WHY

And now, a new video of the couple is doing rounds on social media. The video features the Brahmastra trio; Ranbir Kapoor, Alia Bhatt and Ayan Mukherjee. As Ranbir arrives, Alia is seen fixing his hair, but in response to this, Ranbir pushes her hand away.

Many videos of the same incident have been going viral on social media platforms for the last few days. And now the news has also made big headlines.

Moreover, the internet seems angry and disappointed from Ranbir’s actions and reactions. Netizens feel his attitude issues might ruin his relationship with wife Alia.

Have a look at some comments and opinions by netizens here;

This is not the first time when Ranbir has attracted criticism and trolling for his rude behavior. In fact the actor is popularly known for his attitude and rude behavior with his co-stars. Recently a #BoycottBrahmastra trend also went viral in response to Ranbir’s old videos going viral in which he was seen disrespecting Katrina Kaif, Anushka Sharma and Alia Bhatt.

Also Read: Not On 16 September But You’ll Get Movie Tickets For 75 Rupees On THIS Date

Now talking about, Ranbir Kapoor and Alia Bhatt’s first even on-screen collaboration; Brahmastra, the film has been doing wonders at the Box Office. 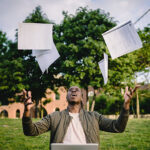 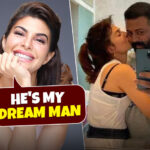