Ranjit Bawa’s Twitter is the funniest thing you’ll ever come across. His recent tweet is just the perfect example of it. Trolling Kangana, Ranjit Bawa tweeted that if Kangana decides to enter the political battle in Punjab and contests the election then he too will be contesting against her.

Ranjit also directed the people of Punjab to stay strong as tricks will be played on them, but they’ll not forget anything. Although his rival has already been suspended from Twitter and his tweets cannot reach her but this did not stop him from taking a dig at her.

Kangana Ranaut and Ranjit Bawa had got indulged in a Twitter spat on the issue of the ongoing farmer’s protest. This had resulted in our Punjabi star getting blocked from the actress. But we Punjabis do not give up so easily, Ranjit keeps on trolling Kangana on social media till date.

Kangana’s twitter account had been recently suspended for violating the platform’s terms and policies. While she cannot see the tweets, the audience can surely enjoy the Punjabi celebrities online spat with her. 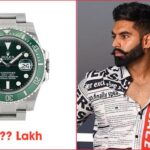