It has been almost a year and the farmers’ protest is going on with full enthusiasm. Without thinking of sunny days, rainy seasons, extreme cold winds, farmers are protesting for their rights. Not only farmers but many prominent Punjabi artists came in support and joined hands in farmers’ fight against the farm laws. They are also as much upset as farmers over the legislation.

One among them is singer Ranjit Bawa, who is aiding farmers and their pretest from Day one. Recently, the singer-turned actor shares his views on farmers’ protest and speaks against Deep Sidhu’s statement. In which actor turned activist Deep says “he stands with farmers but clarifies if farmers die in the protest due to any health issues then they are not represented as our martyrs.”

To his opinion Bawa opposed and retorted, whosoever died in the protest shall be considered as Martyr. It is a battlefield for Kisans. They should be honoured as martyrs of this Kisan Andolan. Irrespective of their comfort, they are also protesting for themselves and for us too.

He further used hashtags of Kisan Mazdoor Ekta Zindabad. And we must recall that thousands of farmers, mainly from Punjab, Haryana and Uttar Pradesh, have been protesting at different borders of the national capital since November 26 last year against the three newly enacted farm laws. 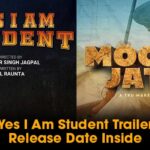 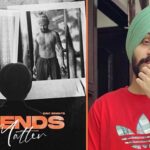