On September 25, Maharashtra CM declared that theatres shall reopen from October 22, the bollywood filmmakers are on cloud nine. As there are many films which were on pause due to ongoing pandemic and waiting for theaters to re-open. But now after the statement came out filmmakers are confirming their release date. And one among them is Ranveer Singh’s  most awaited film ‘83’. It also stars Punjabi artist Ammy Virk and Harrdy Sadhu in pivotal roles.

The filmmakers of 83 have unveiled the theatrical release date of the sports film. The movie is all set to be out on Christmas 2021.

Ammy Virk took to instagram and shared the glimpse of the upcoming film along with some important details. The film will be released in five languages: Hindi, Tamil, Telugu, Kannada and Malayalam.

Directed by Kabir Khan, ”83′ revolves around India’s historical 1983 Cricket World Cup win. It stars Ranveer in the role of the legendary cricketer Kapil Dev, who captained the team in the tournament. It was originally scheduled for theatrical release on 10 April, 2020, but was delayed due to the coronavirus pandemic.

Afterwards, it was scheduled for 4 June 2021 but just then a second wave of Covid-19 had hit the country and led to lockdown. Apart from Ranveer, Ammy Virk and Harrdy Sandhu, Saqib Saleem, Tahir Raj Bhasin, Pankaj Tripathi, and Sahil Khattar are also a part of the movie, which will release on Christmas.

As of now, fans became super excited to know about the film’s release date. 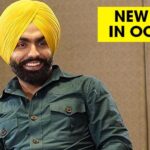 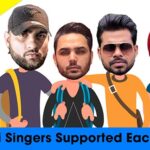