Punjabi artist Ammy Virk is no more the favourite of Punjabi audience as has also made his name in Bollywood Cinema with the films Bhuj and 83. The films left no stone unturned to ignite the excitement of the viewers. Ammy who played the role of Balwinder Singh Sandhu in 83 gained immense appreciation from friends and fans.

He added many fans to his list. And it seems like popular Bollywood star Ranveer Singh’s name has also been carved on the list. The duo can be seen sharing a great bond off-screen. Ammy shared many pictures with Ranveer and called him ‘Big brother’. But this time it’s different.

Ranveer Singh who recently came live on his Instagram expressed that he really misses Ammy. Not only this, he praised him to the skies. Started by saying ‘I Love You’, he then called Virk as God’s man, a person with a big heart and a divine talent. Ranveer adores Ammy and adds he has a big heart and he lives life king size. 83 star Singh called him ‘Son of the soil’.

Perhaps that is not the first time when Ranveer expressed his love and respect towards Ammy. The duo has shared various BTS clicks from the sets of the movie and the pictures speak alot about their off-screen bond and camaraderie.

The duo can be seen grooving at parties together along with ‘Soch’ fame Harrdy Sandhu. It is a proud moment that Punjabi artists are gaining fame worldwide and widening their range after portraying such a great role. 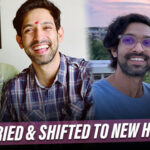 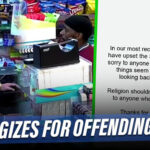