The next big Bollywood title has been announced through a social media post by actor Ranveer Singh. The film titled ‘Rocky Aur Rani Ki Prem Kahani’ will star Ranveer Singh and Alia Bhatt in the lead roles. It is directed by one of the most popular film directors of the country, Karan Johar.

The ‘Prem Kahani’ has been written by Ishita Moitra, Shashank Khaitan and Sumit Roy. Ishita Moitra has also written the dialogues of movies like Half Girlfriend, Four More Shots Please! and many more. Shashank Khaitan is also a well-reputed director, producer and writer in the industry. Sumit Roy’s writing work includes Takht, Zubaan and more.

Reports suggest that Jaya Bachchan has also joined the cast along with Ranveer Singh and Alia Bhatt in the love story. Ranveer and Alia have previously worked together in the film ‘Gully Boy’ which was a huge success. The movie was also India’s representation in the Academy Awards or The Oscars 2020.

Ranveer Singh and Alia Bhatt are undoubtedly the country’s biggest stars at present. Both the artists have given numerous hits to the industry and Rocky Aur Rani Ki Prem Kahani is also a film connected with high hopes. With a strong star cast, talented story-writer line-up and a reputed director leading the movie, it is surely going to be a must-watch! 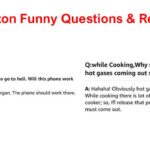 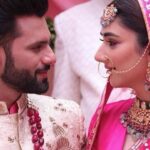