Bollywood actor Kartik Aaryan not only impressed the audience with his 2022 film Bhool Bhulaiyaa 2, but also has become the favorite of many filmmakers. The actor has some very exciting projects in his kitty, and one among them is Aashiqui 3. Yes, the Aashiqui franchise is set to start working on its third installment and will star Kartik Aaryan in the leading role.

The film was announced with a very teasing promo. And while Kartik shared the same on his social media handles, he revealed that this film is going to be a heart-wrenching one. Aashiqui 3 is also special as the film will mark Kartik Aaryan’s first collaboration with director Anurag Basu who has helmed amazing movies like Barfi, Jagga Jasoos, Ludo and more.

Also Read: I Enjoy It, But My Life Doesn’t Revolve Around Sex: Vivek Agnihotri Trolls Koffee With Karan

While it was earlier said that Shradhha Kapoor or Jennifer Winget will play Kartik’s leading lady in the film, the reports have been proven false. Shradhha rose to fame with Aashiqui 2 also starring Aditya Roy Kapoor, and Jennifer is one of the most beautiful and talented television and film actress. Hence, the fans were eager to know who among these two will succeed in making it official. But now the latest reports have shelved these two names, as a new name is making buzz for Aashiqui 3.

Reportedly, Pushpa fame Rashmika Mandanna has been finalized to play Kartik Aaryan’s leading lady in Aashiqui 3. Though the reports have no confirmation and the makers haven’t announced it officially, a source close to the development spilled the beans.

“Kartik and Rashmika are a fresh pair. Kartik has done films with Kriti Sanon, Kiara Advani and even Ananya Panday. He needs to be paired with new faces. The ad that Kartik and Rashmika did together is a rage. There is a population out there waiting to see them together in a full-fledged film,” says the source.

Also Read: Karan Johar Breaks Silence On Not Being Invited At Vicky-Katrina Wedding!

Coming to the credits of the film; Aashiqui 3, it is revealed that it will star Kartik Aaryan in the leading role, while Anurag Basu will direct this heart-wrenching project. Its music will be given by Pritam, and we expect Arijit Singh to give vocals to the film’s to be superhit songs. For now, no more details are officially out about this project. 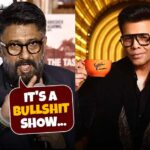 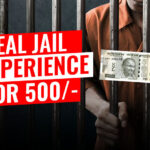